MONTGOMERY, NY (July 6, 2020) – The Community Foundation of Orange and Sullivan (CFOS) concluded another successful year of charitable giving and growth on June 30, with over $2 million in grants and scholarships distributed and total assets of just over $33 million. During the 2019/2020 fiscal year, 24 new funds were established by thoughtful friends, neighbors and businesses that will benefit area students and nonprofit causes in perpetuity.

The new fiscal year also brings a change in the leadership of the Board of Directors, as Michael Bonura, founding partner of Bonura Hospitality Group, becomes the Chair of the Board, succeeding Timothy S. McCausland. McCausland served as Chair from 2018-2020, during which time assets of the Foundation grew by more than $4 million; 51 new funds were established; and the community benefited from $6.5 million in grants and scholarship disbursements.

Bonura, a longtime successful businessman and Orange County resident, brings decades of invaluable experience and knowledge to his new role. Bonura has been a strong advocate for the Community Foundation since joining the Board of Directors in 2006, leading by example through creation of the Bonura Family Fund with his wife Jennifer in 2018. With over a decade of experience in the hospitality industry, Bonura is a successful real estate developer and is a dedicated and committed member of the community, supporting countless organizations and events through the Hudson Valley.

“I am thrilled to have the opportunity to work closely with Michael as our Board Chair for the next two years.  His sage leadership, business acumen and integrity will be critical to CFOS as we forge ahead.” said Elizabeth Rowley, CFOS President and CEO.

“I am honored to be selected by my colleagues to chair this organization that is so near to my heart,” said Bonura. “Tim McCausland did an outstanding job increasing the Foundation’s profile and assets, and I hope to continue the forward motion. It will be a pleasure to work with the team of professionals at CFOS over the next two years to support the efforts of local philanthropists who our bettering our communities with their funds.”

McCausland, who joined the Board of Directors of the Community Foundation in 2009, will continue to serve on the board.

“Tim accomplished so much during his tenure as board president and we couldn’t be more appreciative for his service,” added Rowley.

Photo: Michael Bonura, Chairman of the Board, Community Foundation of Orange and Sullivan 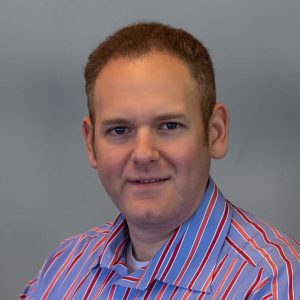 About the Community Foundation of Orange and Sullivan (CFOS): Based in Montgomery, NY, the Community Foundation of Orange and Sullivan connects people who care with causes that matter. Established in 1999, the Foundation helps philanthropic individuals, businesses and organizations establish charitable funds that will award grants and scholarships, for good, forever. The Foundation has significantly increased the region’s charitable capital and has empowered donors to make a profound difference in the quality of life in our region. Since its inception, CFOS, with its donors and fund representatives, has awarded more than $15 million in grants and scholarships. The Community Foundation of Orange and Sullivan currently administers 322 active charitable funds that represent nearly $30 million in assets to support animal welfare, arts and culture, education, the environment, health and human services, recreation and youth. To learn more, visit cfosny.org.

The Community Foundation of Orange and Sullivan enables charitable individuals and organizations to become meaningful donors by providing trusted support and expertise for their contributions to make a difference in our community, now and forever.