Jeff Bank and Rich Rowley & Marianne Murray are the 2015 recipients of the David T. Cocks Award for Commitment to Community and will be honored at the Community Foundation of Orange and Sullivan’s Annual Reception on Wednesday, November 18, 2015 at Anthony’s Pier 9.

From its modest beginnings in 1913, Jeff Bank has grown to become Sullivan County’s largest community bank, serving every corner of the county with its 12 branches and nearly 135 employees while claiming a 31 percent market share. Not only has Jeff Bank been providing its customers with a high level of banking services over the years, but it has become known as a community leader as well. The employees of Jeff Bank truly care about the communities which they serve – and it shows. Donating money, collecting food, rolling up their sleeves and getting involved – Jeff Bank’s talented group has shown time and again how much they are invested in the community they serve and how much they want it to succeed. Each year Jeff Bank contributes over $70,000 to many Sullivan County nonprofit organizations, including American Cancer Society, Bethel Woods Center for the Arts, the Center for Discovery, Sullivan ARC, Catskill Art Society, Heart-A-Thon, Sullivan County Community College, and Town of Wallkill Boys & Girls Club. 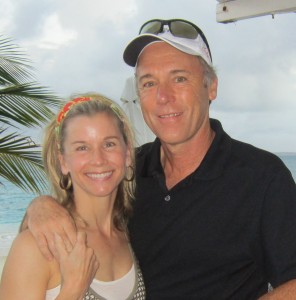 Rich Rowley and Marianne Murray are truly committed to making the Hudson Valley a better place to live, work and raise a family. Their tremendous support of local organizations has impacted the lives of thousands of children and adults throughout the region. Marianne is the founder of Carve for a Cause, an organization that celebrates the fall bounty of the region and raises funds and awareness for local and diverse not-for-profit initiatives. Since inception in 1999, Carve for a Cause has distributed over $300,000 to nonprofits helping meet critical unmet needs for families and children. Each fall, this annual event brings together over 450 people for a day of good old-fashioned family fun – all while giving back to the community. Rich’s leadership continues to leave a lasting legacy on the community in many ways including establishment of the Middletown High School Academy of Finance program and scholarship and development of the Orange Open Golf Tournament which benefits the Orange County Chamber of Commerce and the United Way. Most recently, Rich served as the chair of the “Defining Moments” campaign at SUNY Orange, which raised $25.1 million to enhance and expand the Middletown and Newburgh community college campuses. Together, Rich, Marianne and the Rowley family have immersed themselves in civic and community initiatives. Their loyal support and willingness to lend a hand to a variety of worthy projects has made a true difference in our community, now and forever.

About the David T. Cocks Award for Commitment to Community:
The David T. Cocks Award for Commitment to Community is given to an individual or organization that has made significant contributions to enrich the lives of others. The award is named in honor and memory of David T. Cocks who served the Community Foundation with distinction as Vice President for Finance from 2002-2011. On the evening of Father’s Day, June 19, 2011, David T. Cocks, President of Walden Savings Bank, and a beloved and respected member of our community, suffered a heart attack and passed away at the young age of 53. David’s commitment to his community was enormous and the Community Foundation was the benefactor of his friendship and financial expertise. The award is given in recognition of outstanding community service and leadership.
Sponsorships and advance tickets for the 2015 Annual Reception are now available. For more information, please call (845) 769-9393 or e-mail Elizabeth Rowley at Elizabeth@cfosny.org.
Sponsors to date are: Crystal Run Healthcare as the Presenting Philanthropy Sponsor. Platinum Event Sponsor: The Kaplan Family Foundations.  Diamond Sponsors: Bonura Hospitality Group, Northwestern Mutual, Orange County Trust Company/Hudson Valley Investment Advisors, Orange Regional Medical Center. Gold Sponsors: Focus Media. Silver Sponsors: Jacobowitz & Gubits, LLP, Orange and Rockland Utilities, Walden Savings Bank, Wilmington Trust: an M&T Company. Bronze Sponsors: Jay and Carol Anthony Foundation for Autism Support, The Bratton Family, Bold Gold Media Group, Capacity Business Consulting, Central Hudson Gas & Electric, Empire State Bank, Jeff Bank, Lakeland Bank, Susan D. Najork, Rose & Kiernan, TD Bank, Wallkill Valley Federal Savings and Loan.
###