Gerald N. Jacobowitz, Esq. and Bold Gold Media Group, both outstanding business and civic leaders, will be honored by the Community Foundation of Orange and 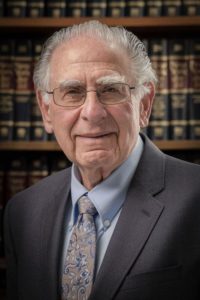 Sullivan during a special 20th Anniversary Celebration and Annual Reception from 5:30-8:30 pm, on Wednesday, November 20, at Anthony’s Pier 9, in New Windsor. More than 400 community and key business leaders are expected to attend to recognize event honorees who will be presented with the David T. Cocks Award for Commitment to Community, and to toast the Foundation’s two decades of growth and success, now administering more than $31.5 million in charitable assets to positively impact the Hudson Valley and beyond. To date, the Foundation, through its generous donors and fund representatives, has awarded more than $12 million in grants and scholarships.

The David T. Cocks Award is an annual recognition bestowed upon those who make significant contributions to enrich the lives of others in Orange and Sullivan counties. This year’s recipients have contributed greatly to our local communities. Mr. Jacobowitz, a founding partner at Jacobowitz and Gubits, LLP, in Walden, is a founding director and past president of the Board of Directors of the Community Foundation of Orange and Sullivan where he has served since 2000. Long committed to community service, Mr. Jacobowitz has also served as a founding director of Orange County Pro-Bono Legal Services, Inc.; as a 17-year member of the Orange County Planning Board (1997-2014); and as past vice chair of the Orange County Charter Revision Commission (1994-1996). His benevolence can be measured- in part- through the more than 60 grants and scholarships distributed through his family’s three charitable funds at the Community Foundation, including: The Meyer and Lillian Jacobowitz Memorial Fund; the Jacobowitz Family Charitable Trust Fund; and the Ronald I. Jacobowitz Health/Educational Fund, established in memory of his son. The Meyer and Lillian Jacobowitz Memorial Fund awards four scholarships annually, including The Meyer and Lillian Jacobowitz Business Scholarship and the Dr. Morton I. Blackman Memorial Scholarship, both awarded at Valley Central High School, and the Edward Edsall Memorial Scholarship and the Lillian & Meyer Jacobowitz Scholarship, both awarded at Wallkill Senior High School. The Jacobowitz Family Charitable Trust generously supports annual operations of the Community Foundation and other local nonprofits that provide medical or health services or educational programs. For more than a decade, through their funds at the Community Foundation, “Jerry” and his family have generously supported local nonprofits that include Catholic Charities, Access: Supports for Living, Hudson Highlands Nature Museum, the Newburgh Armory Unity Center, Inspire, Jewish Family Services, and so much more. Additionally, they have aided local students and recognized and rewarded youth leadership. Professionally, Mr. Jacobowitz practices environmental/land use, real estate, municipal and business law and has served as village and town attorney for municipalities throughout the Hudson Valley. His other accolades include receiving a Lifetime Achievement Award from the Orange County Bar Association, 2008; and being named State of Israel Man of the Year. In April 2011, he was honored by the Orange County Bar Association, and in October 2012, together with his wife, Marlene, was honored by the Jewish Federation of Greater Orange County. His pro bono activities include board service with Touro College of Osteopathic Medicine (Middletown Campus).

Bold Gold Media Group, founded by its President & CEO, Vince Benedetto in 2005, is locally owned, operated and programmed. Bold Gold currently offers 14 radio stations on 20 frequencies and serves as a valued source of local news, emergency information, engaging community content, and entertainment. Bold Gold has one of the largest broadcast footprints in the region and their stations are an important part of communities in the Sullivan Catskills, the Hudson Valley, northeast Pennsylvania, and beyond. They also operate RadioBOLD, a free mobile app for streaming, and Alexa Skill. Bold Gold’s commitment to community, however, goes well beyond their broadcasting, streaming, and online initiatives and is evidenced by their charitable fundraisers that include the 98.3 WSUL Heart-A-Thon, which has raised over $2.5 million dollars since its inception to support the cardiac care unit at Catskill Regional Medical Center, and the Thunder 102 Country Cares for a St. Jude Kids Radiothon, which has raised more than $450,000 to help in the fight against childhood cancer. Additionally, countless other community organizations use their radio stations daily to spread the word about their efforts.

Equally as exciting as this year’s honorees, the Foundation will proudly mark its 20th Anniversary Celebration by awarding $20,000 in Make A Difference Grants to local organizations that provide services and programs to children of low-income, disadvantaged, or distressed families. This year’s grants will focus on wellness, recreation and exercise. Applications for the 2019 Make A Difference Grants are available here.

The Foundation’s 20th Anniversary Celebration and Annual Reception will begin with cocktails, hors d’oeuvres, and networking at 5:30 pm. The awards program, with plated desserts and table seating, will follow. As the Community Foundation’s one and only major fundraiser of the year, all proceeds support the Foundation’s operating budget and its work to provide trusted expertise and administrative support for hundreds of charitable funds that distribute grants and scholarships – now and forever. Since 1999, the Foundation has “connected people who care with causes that matter,” by helping people, businesses and organizations establish charitable funds to support animal welfare, arts & culture, community initiatives, education & scholarships, the environment, health & human services, recreation, veterans, and youth. The Foundation is also the lead organizer for Hudson Valley Gives, an online fundraising initiative held each spring to support hundreds of charities across seven counties. This year’s Hudson Valley Gives raised more than $405,000 to support 160 local charities and has raised nearly $1 million since its inaugural campaign in 2016.

Sponsorships, journal ads and reservations are now available for the Foundation’s 20th Anniversary Celebration & 2019 Annual Reception. Please click here or call 845.769.9393 for more information and to reserve your tickets today.