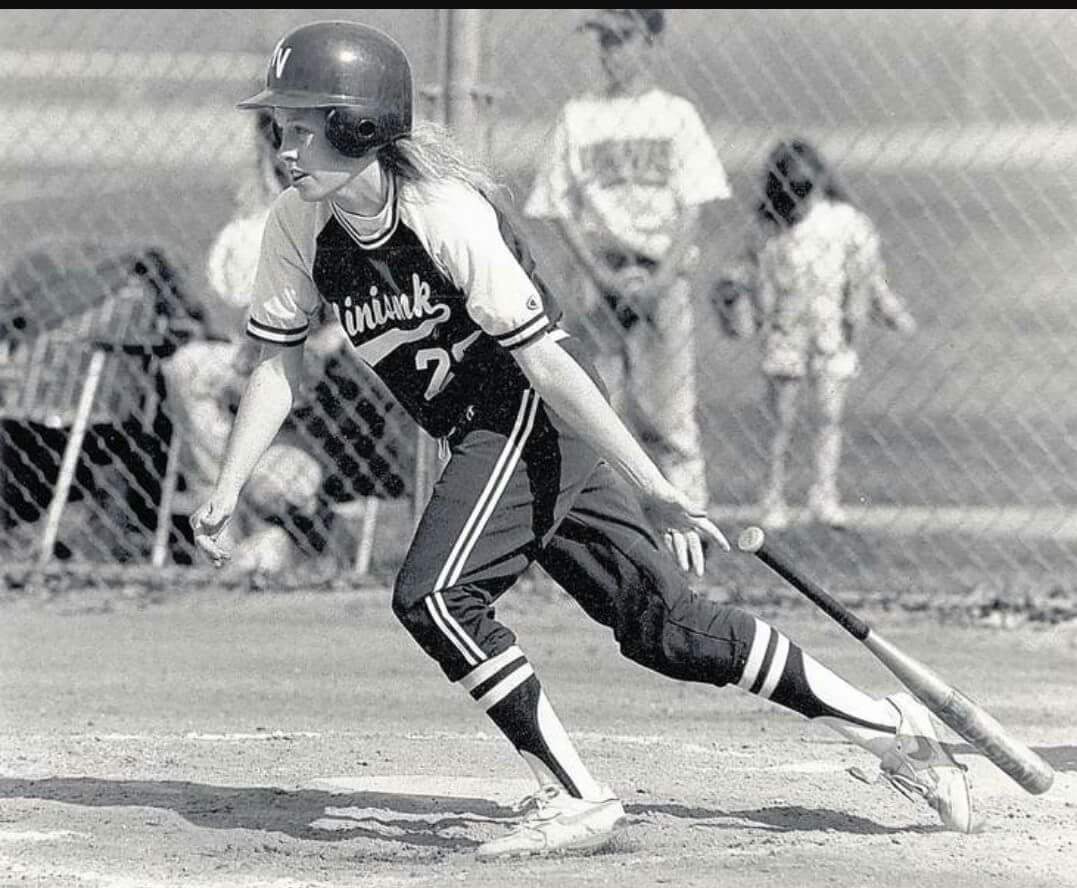 Wendy Herm died of a brain tumor peacefully at her home in Manhattan on Wednesday, June 7.  She was 40 years old, but lived a remarkably full life.

Wendy was born in Goshen, New York and grew up in Westtown attending Minisink Valley Schools.  It was in team sports where she found her unique ability to contribute mightily as an individual and inspire as a peer leader, which continued throughout her life.  Wendy was a repeated first-team all star in soccer, basketball and softball in high school and was named among the state’s best scholastic softball players of the 1990s with a .408 batting average and two state titles to her name.  Her accolades include Times Herald Record Softball Player of the Year, and she also held school records in basketball with 1,227 career points and managed to score 64 goals in her third sport of soccer.  Wendy competed in the College World Series for Princeton where she played for four years, and was inducted into the New York State Softball Hall of fame in 2013.  A little known fact: she was the first female public address announcer for any Division I football team at Princeton.  Wendy was a joiner, a participant, a catalyst and a trailblazer.  There are endless stories of how she inspired others long after their years with her.

After graduating Princeton and working in New York, Wendy went on to earn an MBA at Kellogg School of Management and was a major contributor in her professional career at the National Basketball Association, Unilever and for the past nine years, at Red Bull.  She built life-long friendships at each stop, she was a force for change in each of her roles and at Red Bull she found, in her words, “the ability to bring her whole self to work.”  It was there that she met her wife, best friend and adventure partner, Amy.  They were married in 2013 in NYC.

While the first chapter for Wendy is marked with athletic and academic accomplishments and a passion for sports, it was music and travel that inspired Wendy through her adult years.  A countless number of people can claim they “met Wendy on the dance floor,” from spots all around the world.  In the past twenty years, Wendy has visited 43 countries and many more dance floors, and has not only maintained but nurtured friendships from every single stop.  Her passions never waned through the years of battling her disease, and she lived the mantra borrowed from Helen Keller: “Life is a daring adventure, or nothing.”  She lived every day with vigor, purpose, honesty and full transparency.

In remembrance of Wendy’s athletic and academic accomplishments and in celebration of her adventurous spirit and passion for learning, family and friends have established the Wendy Herm “Woman Warrior” Scholarship for a female Minisink graduate.